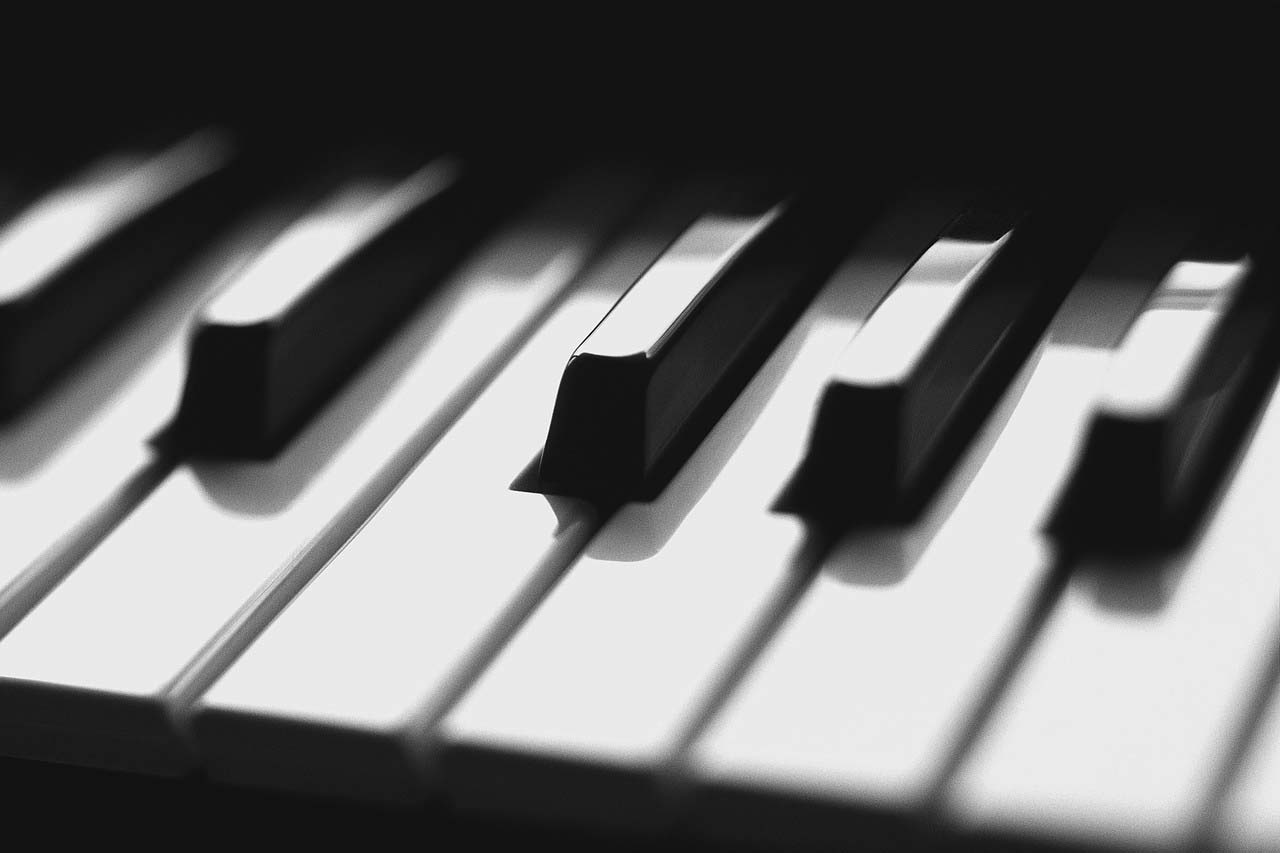 Mr. Boughter received his bachelor's degrees in Arranging and Music Education from the world-renown Berklee College of Music in Boston, MA, and his master's degree in Education from National University, CA. He was C.E.O. of Cornerstone Entertainment in mid to late 90’s, and prior to that served as Executive Producer Of Entertainment Programming at a division of the Sony Corp. Doug has taught instrumental and vocal music at the middle school level since 2000 and finds it most rewarding. As a full member of ASCAP, Mr. Boughter currently composes music for various business and personal endeavors. He has a rich body of work and an extensive list of compositions—his instrumental selection, "Paradise," was used nationally on ABC; he has over 25 compositions published over the past 6 years; he has been commissioned to compose music for the National Hot Rod Association (NHRA), USAirways, United Airlines, and Air Tour Holidays; and he has produced jingles for over 50 clients worldwide. 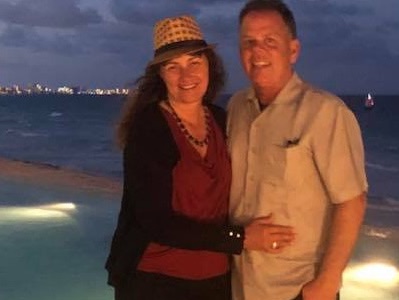 We are very lucky to have Dennis Fadem as one of our composers at Warming Sun Music Publishing. Dennis received his B.A. from Cal State Fullerton, CA, majoring in performance (Tuba) and Education. He also has his Master’s from La Verne College, CA. Because of its long and rich tradition of excellence, the University of La Verne is recognized as one of the leading institutions engaged in the preparation of professional educators and leaders in Southern California. Dennis has enjoyed performing big band jazz since high school and shows no sign of stopping in the near future. But arguably Dennis’ greatest accomplishment is his successful career as a band director. He has served his students for over 34 years and has a legacy of former students that love music and the man that taught it to them. 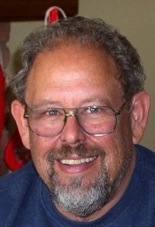 Samuel D. Golden studied vocal music education for two years at Black Hills State University in Spearfish, South Dakota. Joining the Warming Sun Music Publishing family in 2011, we are excited about his current and upcoming works. Presently Mr. Golden composes from Williston, North Dakota where he works days in the oil industry. He is engaged to be married to his high school sweetheart, Mari, in May of 2012. We wish him the best of luck in his upcoming wedding. 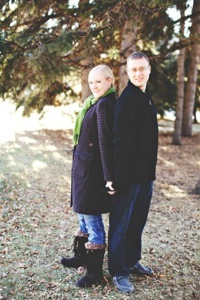 Mr. Calvo is highly respected in Southern California as a conductor, pianist, composer/arranger, and musicologist. As a musicologist Mr. Calvo has taught at the high school, community college, and university levels, and he regularly delivers pre-concert lectures for Long Beach City College Symphony Orchestra.  The Cole Conservatory named Mr. Calvo Outstanding Music Historian for his achievements in musicology in 2007.  As a conductor his choirs and orchestras have received critical acclaim in the U. S. and abroad. As a composer/arranger Mr. Calvo has worked on Hollywood films, and his original compositions are frequently commissioned by local school districts. He is a member of the American Musicological Society and was one of six people in the U.S. to receive the Society's 2009-2010 Eileen Southern Award. Mr. Calvo is also a member of the American Choral Directors Association, and has served as president of the Orange County Chapter of the National Association of Church Musicians. Mr. Calvo earned his Master’s degree in Musicology from California State University, Long Beach and holds Bachelor’s degrees from Chapman University in Music Performance and Music Education. Mr. Calvo lives in Orange with his wife Andrea, a fellow music teacher, and their two children Isabel and Joseph. 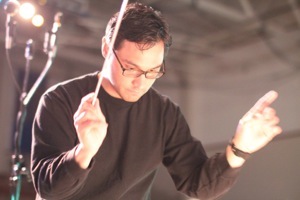 Warming Sun Music is proud to feature the music of Robb Hastings. He is a versatile composer and and outstanding musician in the Southern California scene. Robb received his bachelor degree in music education from the University of New Mexico and a masters in trumpet performance from the University of Southern California. He was the very first jazz teaching assistant at USC. He was chosen to play lead trumpet in the All American College Band in Disneyland and also served as the assistant director the following year. Robb was a Disney musician performing in bands in Disneyland and EPCOT Center from 1979 to 1992 and also worked as a freelance trumpet player and arranger. He has been a music teacher in the California public schools for 25 years and currently teaches music in the Fullerton School district. 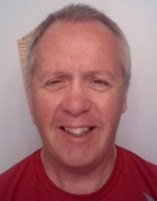 Janelle lives and works in Riobamba, Ecuador, with her husband Franklin Cunalata. Besides composing, she teaches more than 30 instrumental music students from her private music studio daily. Janelle also enjoys performing on flute, oboe, saxophone, clarinet, piano and violin. She has performed first oboe in the National Symphony of Ecuador. She received her Bachelors of Science in Music Education from the Pennsylvania State University and her Masters in Music from Sam Houston State University. Before moving to Ecuador she taught instrumental music in public school in Pennsylvania. In her free time she enjoys cooking, hiking, reading, and traveling. 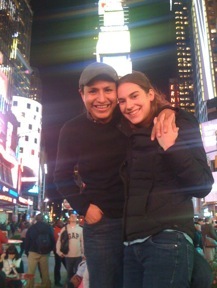 After graduation Thomas worked for the Middletown, NJ, school district as band director of Bayshore Middle School and assistant marching band director at Middletown High School South for several years before moving to the East Windsor, NJ, Regional School District, where he worked as band director and marching band director at Hightstown High School and chaired the Fine Arts Department. In addition, Mr. Juzwiak served as the orchestra conductor for the school’s annual spring musical, as well as directing the brass choir, flute choir and clarinet choir. Later in his career he moved to the Melvin H. Kreps Middle School, where he was a band director as well as teaching keyboard and general music. He retired in 2015.

Mr. Juzwiak is a member of NAfME ( National Association for Music Education) and ASCAP ( The American Society of Composers, Authors and Publishers)

Thomas currently lives in Cranbury NJ with his wife Lori, where he spends his time enjoying retirement and composing music at his leisure. 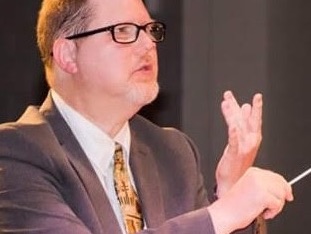 A native of Minnesota, Jeff began his music career, on the trombone, in the fifth grade. During high school,influenced by diverse musicians as Herb Alpert, Henry Mancini, Clifton Williams and Vaclav Nelhybel, he composed and arranged for various school ensembles. Jeff received a BS and MA in music education from the University of Minnesota where he studied with James R Murphy and Dr. Frank Bencriscutto. After teaching instrumental and general music for 35 years at all levels in the public schools, he has found time, in retirement, to reformat his manuscripts from the "India Ink Era" to the "Digital Age" and continue arranging and composing. Jeff is married to his bride of 35 years, Linda, and they have three children- John, Hana and Patrick 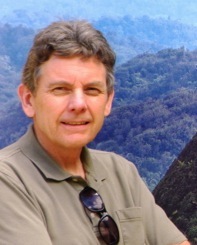 Amy Webb graduated from the University of Maine with a Bachelor’s degree in Music Education in 1996, and received her M. A. in instrumental conducting from the American Band College at Southern Oregon University. A member of Phi Kappa Phi, Amy has taught general and instrumental music for twenty years. Currently, she is the music director for Towanda Elementary School, part of the USD 375 Circle School District. In her spare time, Amy writes music for bands of all levels and dreams about driving a brand new Mazda Miata (which she swears she’ll buy as soon as she has the money).

Nicole Buetti is an award-winning composer, with over 300 recorded musical works in a wide variety of genres. She has written extensively for chamber ensembles and large ensembles of various configurations, as well as Children’s music and Halloween themed music. Nicole spent several years in the Los Angeles area working as a composer in the film and television industries, and has had music commissioned and licensed for use all over the world.

Her Halloween albums have been featured at the annual Knott's "Scary" Farm Halloween Haunt and Canada’s Wonderland as well as several parks and haunts around the globe. Nicole was appointed the “Composer in Residence” for the Assisi Performing Arts Music Festival in Italy in 2013. Her song, “Halloween Masquerade Waltz” won Fan Favorite in the 10th annual Independent Music Awards (Best Holiday Song Category), and she has been honored for her film score work at the Wild Rose International Film Fest, Dodge Grant Association, and Telly Awards Association. Nicole has just completed and released a new kid's music album titled "Just Be You!" that is performed by the Nirks puppet characters.

As an educator, Nicole has taught bassoon and composition at Colorado State University – Pueblo and has maintained a very active private bassoon studio. She is always excited to inspire new bassoonists and composers in a friendly, positive learning environment. Educating young musicians is on of the most important parts of Nicole’s life. She is very excited to now be writing music for young bands. In her private teaching she has seen many students frustrated by minimal bassoon (and bass instrument) parts in band literature. This has motivated her to compose for band in the hopes of keeping these young musicians (as well as countless others) interested and inspired through her music. She is now teaching at George Fox University and is the Contrabassoonist for the Vancouver Symphony Orchestra (USA). 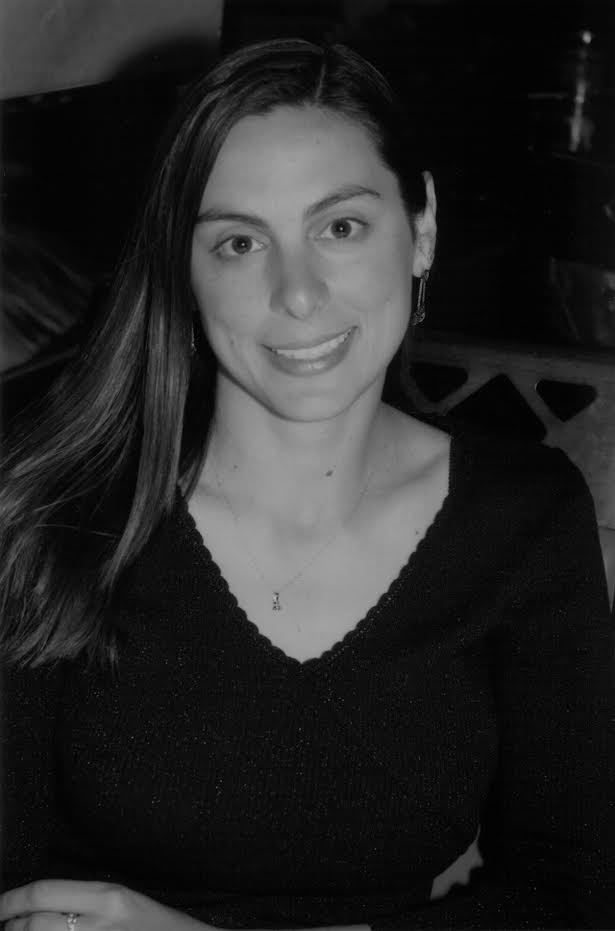 Jason A. Spraggins (ASCAP) received a Bachelor of Music Degree from Lambuth University in Jackson, TN and a Master of Arts in Education from Bethel University in McKenzie, TN. As a student at Lambuth, he participated in and was a featured soloist for the University Jazz Band on alto saxophone. He also performed with the school's Brass Ensemble (on tuba) and Wind Band (alto sax and tuba). Over the years, Jason has served as a summer camp instructor for various high school band programs in the area and has arranged concert band, small ensemble, and marching band music for a variety of ensembles. He has also taught instrumental music privately since his graduation. From 2013-2016, he served as the general music teacher and band director at Haywood Middle School in Brownsville, TN. He is currently the TN Educational Field Representative for Amro Music Stores, Inc. based in Memphis, TN. Jason has recently started work toward earning his Ed. S. and Ed. D. degrees with Austin Peay State University. For more info visit: (spragginsmusic.com) 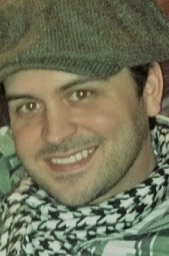 Jordan Hawkins (b.1989) is a lifelong native of Spartanburg, SC. Music was an influential part of his life at an early age. The music of John Williams had the most influence in the decision to pursue music as a career. Mr. Hawkins joined orchestra in 5th grade but quickly switched to band in 6th grade where he remained throughout middle and high school as well as college. Mr. Hawkins plays clarinet and alto saxophone professionally in various ensembles and currently works in the same school district that he graduated from in 2008. Mr. Hawkins graduated from Limestone College in 2014 with a B.A. in Music Education – Instrumental. While he has been composing for many years, it wasn’t until after college that publication became a real objective. After composing a number of pieces he began submitting and now has 3 original concert band works published. Mr. Hawkins also writes for string orchestra and small ensembles.

Spencer is the Director of Athletic Bands at Limestone University where he directs the pep band and Jazz Ensemble, and also assists with the marching band and Wind Ensemble. Spencer is a native of Spartanburg, SC where he attended Spartanburg High School. He received his bachelor of music education degree from Furman University in 2012 and his master degree in trumpet performance from the University of Alabama in 2014. Upon graduating from the University of Alabama, he returned to South Carolina and began teaching band. He has taught at Wallace Elementary Middle School, Johnakin Middle School, and most recently Oakbrook Preparatory School. He has recently gotten several of his concert band compositions published with Warming Sun Music. As a performer Spencer has played with the Florence Symphony, Poinsett Wind Symphony, Spartanburg Jazz Ensemble, Hot Horns, as well as numerous other chamber and large ensembles. He currently resides in Spartanburg with his wife, Kelsey and their two dogs, Bentley and Bear. 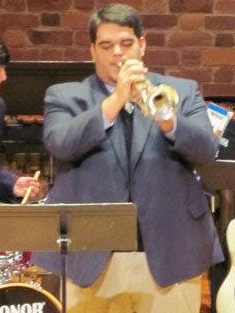